Dorian D., the tenants’ association vice-chairman of a decrepit Balkan-based building, followed the societal standards blindly, believed in them and fought for them tirelessly. He was an example of a warrior against evil, having no other thoughts other than those of holy duties to God and the IRS.

When a shop of exotic foods opened up in the building across the street Dorian D. decided to look into it in the name of the municipality. The moment he ordered the necessary ingredients for a lamb chop a la the Kosovo Maiden*, the checkout counter lady said:

‘We sell exclusively the specialties of Barbados!’

The patriotic lady cussed in Barbadian and said:

‘You owe me money for the virgin oil you dunked down your bag!’

Dorian D. shivered and nearly wept. He turned around and ran off, blushing like a newlywed bride.

The same day he visited daddy repairman. He sunk into the chair and with zero fear of the unknown he told him of the unpleasant encounter.

‘I want a symbol tattooed on my forehead which will rid me of this bad reputation of mine!’

A few hours later je went out into the street with three zeros tattooed on his forehead, flaunting like a peacock. For Dorian D. had NEVER been in debt to anyone!

He entered his apartment, turned off the lights and went to bed. The ink, which just so happened to be of exotic origin, moved from his lower to his upper forehead, closer to the moor, decorating it with grotesque patterns.

The next morning, Dorian D. made his way to the mirror to admire his ink. Instead of the beloved zeros, three sixes appeared in his reflection, a deed of the hellish ink game of Barbados. 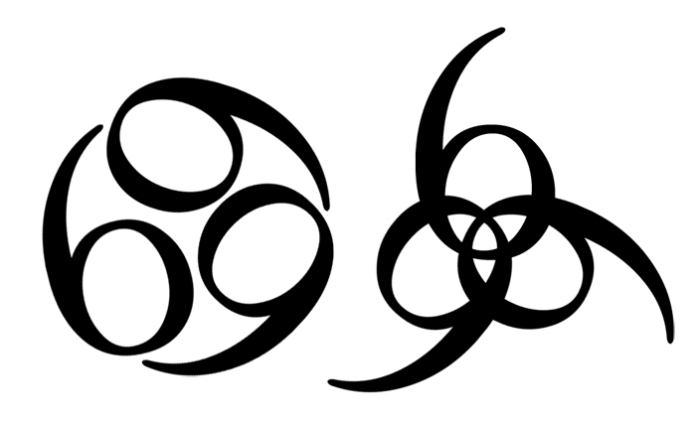 *the Kosovo Maiden— a Serbian national symbol, is the central figure in a Serbian epic poem by the same name, symbol of Serbian womanhood—wanders the battlefield “amongst bleeding heroes,” seeking her bethrothed, who had been killed.  She is the legendary “first nurse of Serbia”.