Design a site like this with WordPress.com
Get started

Boris K. and the Smooth Criminal

Boris K., exhausted and worn-out due to mental exertions, bent the knee in the decisive battle with his landlady about the unpaid rent. Evicted from the comfort that was the neo-Nazi apartment of Frau  Suzie, he found solace in all that existed in the endlessness of cosmos.

He shot a glance at the North star which was shining in the sky, round as a saucer, and he was listening to the cries belonging to victims of brigand gangs in the night who were pillaging the moment the clock struck midnight. But Boris K. was used to violence and took it with a spiritual calmness and peace which would have been the stuff of envy for the Tibetan monks and a llama or two.

Boris K. was squatting for a while, staring at the asphalt where, out of the dim cracks, many a strange underground creature emerged, who then mercilessly tore down everything in their path, burning shops and wrecking the property of the Phenomenonpublic.

Hidden amid the thick treetops, Boris K. had just embraced his own knees when he felt a presence of someone. He felt unease; cold sweat flooded him. Boris K. stepped out onto the barely lit asphalt and walked in uneven step towards the source of the light about a hundred or so meters away.

He stopped, noting a distorted shadow of his follower. He had a huge head and a disproportionally small body. Boris K. hot-footed onward. The shadow was catching up to him, one moment on his right and another on his left, occasionally disappearing ‘mong the surrounding buildings. The moon sailed across the sky somewhat faster than usual. 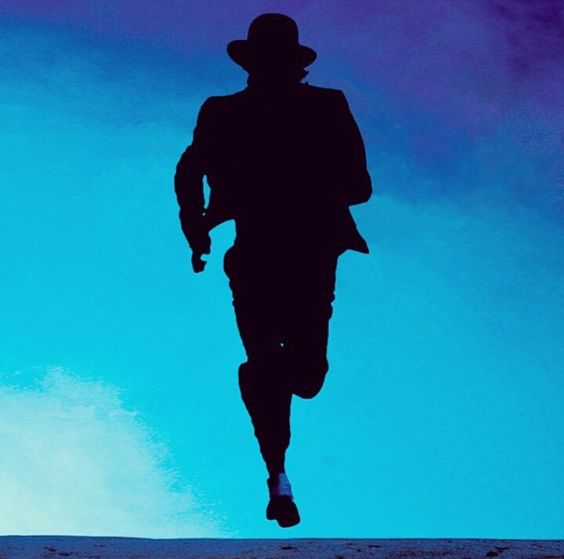 “Who is this person following me? And what does he want from me?”, Boris wondered, and realized that a leap into the sewer was his only means of salvation.

As heavy fear lay weighty on his soul, and cold sweat bathed his chest, Boris K. jumped in the manhole happier than an Olympic gymnast.